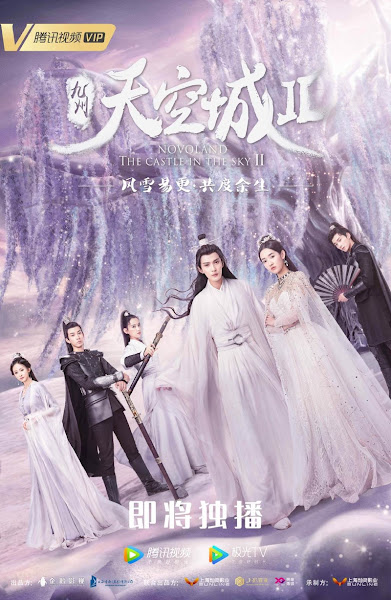 Drama China Novoland: The Castle in the Sky 2 (2020) Subtitle Indonesia

A story between a golden-winged Feng Ruche and Xue Jingkong, the most distinguished magician in the great plains of Lanzhou.

Powerful forces are searching for the only daughter of Feng Tianyi and Yi Fuling in a plot to urusp power by holding her hostage. Feng Ruche's (Uvin Wang) father once told her, don't tell a man that he's handsome because she might just fall for him. Feng Ruche who represents the next generation falls into a fated romance with Xue Jingkong (Xu Zhengxi).